Muscovy ducks are often a top choice for many first-time duck owners as they are a well-known breed. They were among the first ducks that we kept here on our homestead. It is true there are some benefits to having muscovies on the farm (see 10 Real Benefits of Keeping Muscovy Ducks), but I wouldn’t keep these ducks again for meat or eggs. In fact, some would argue that they are not ducks at all! Their behaviour, egg incubation time, and feeding patterns are closer to most geese.

Some Muscovy owners might not know the true numbers of raising these birds, or how to utilize them to the fullest advantage. Always look for the numbers and take everyone’s anecdotal experiences with a grain of salt. The internet is a wonderful resource. It is easy to get attached to a particular bird or breed of animal in the homesteading world because we all love our animals. So what is the good, the bad, and the ugly? Let’s take a look at the cons of keeping Muscovies.

1. They are not good for egg production

Compared to other laying duck breeds, Muscovies lay so few eggs they’re not even worth mentioning as a laying option. They lay a dismally low 100-180 eggs per year under ideal laying conditions (which includes proper lighting, facilities, routine, and happy ducks). Khaki campbell, buff, white layers, and many other layer breeds will lay well over 250 eggs each year. The only good thing about Muscovies as layers is that their eggs are larger than the average duck eggs—possibly because the Muscovy itself can be quite a bit larger than the size of the average laying duck. Regardless, when you take into consideration how much feed it takes to get each egg it is impossible to call these birds good layers.

2. Muscovies are not effective as meat birds

Muscovies grow really, really slowly when compared to the average meat or even laying duck, although some prefer the distinct quality of their meat. Most meat ducks, such as Peking, will grow to a harvestable weight in 7 Weeks. Harvestable weight for a Muscovy is usually around 20 weeks. And that’s not taking into consideration the voracious appetites of Muscovies, which brings me to the next point.

To put it simply, Muscovies eat too much. They seem to eat constantly and vastly out eat any other duck breed I have owned. This makes the few eggs they lay even more food intensive. It also means having to spend much more on food while growing ducklings to butcher weight.

One of a Muscovies favourite meals is actually mosquitoes and their larva. Full grown Muscovies have also been known to eat mice they catch. Now eating mice and mosquitoes sounds like the best thing ever, which I agree with! (See 10 Real Benefits of Muscovy Ducks for more on this.) But they still eat far too much grain feed to qualify them as practical for meat or eggs. Plus, they are much more destructive on the garden if they get out.

Muscovies are very close to being a wild bird breed. As a result, they have many natural instincts and survivable traits, including being able to fly. Most domestic ducks have been bred to be unable to sustain flight for any period of time, but many Muscovies still have the ability to do so. I have read stories of Muscovies flying off during migration season when they see other ducks flying away for the winter (I mean, who can blame them?). There are now feral populations in the United States, Canada, Australia, New Zealand, and Europe. Flying may also cause a problem when trying to pen your poultry in fenced areas. You can prevent their ability to fly effectively by trimming one wing (this discourages them from flying by throwing off the balance of feathers).

5. These birds have an extra claw

Muscovy ducks have one wicked claw on the hind of their foot, and it can get super sharp. Muscovies are actually perching birds and prefer to roost on a stick or log as they sleep at night. This extra big claw helps them grip a roosting site that most ducks would normally not consider. Their claws on the tips of their fore feet are also larger than the average duck. When an unsuspecting homesteader is attempting to pick up a Muscovy for transport, wing maintenance, or any other reason, they are likely to sustain some minor damage from scratching. This makes duck interactions less fun. Dealing with Muscovies is definitely not a task I would send my kids to do.

An adult male Muscovy can Weight 7kg (15lbs)! The females are half that size fully grown. The average size of my white layers are 2-2.7kg (4-6lbs).  The popular laying breed khaki campbell weighs 0.9-2.2kg (3-5lbs). Having such a large breed makes keeping a drake on the farm a real commitment. They take more space, are tougher on the ladies, and eat a lot more food. More information here.

Why would you keep Muscovies? Read more at 10 Real Benefits of Keeping Muscovies.

Thanks to GP Photography for letting me use photos of her Muscovy ducks as we no longer have our own. 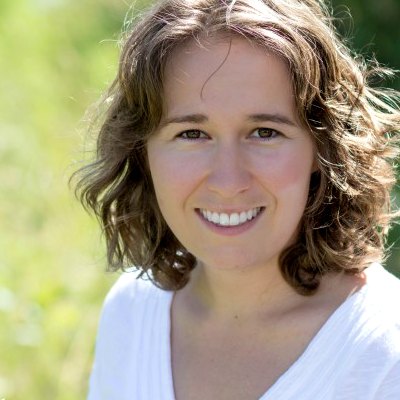